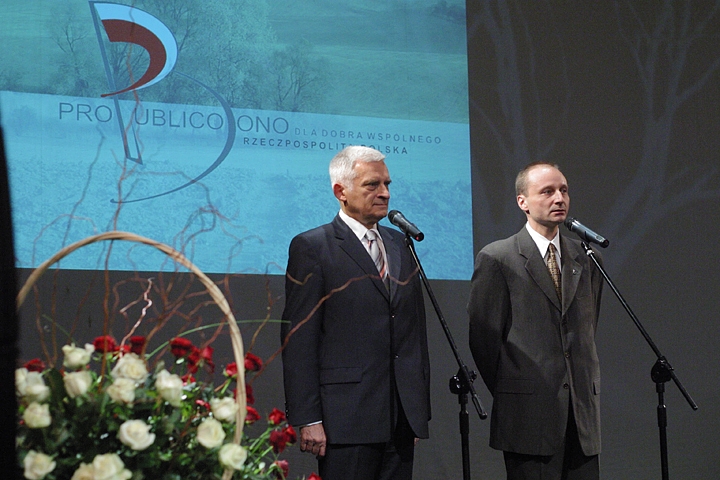 The objective of the Competition was to support development of civil society by annually selecting and promoting the most valuable and creative NGO activities – on a national, regional, and especially local community level. The Competition looked at actions taken in the fields of education, culture and national heritage, healthcare, social assistance and charity, environment and regional development, as well as social diplomacy and European integration.

When considering an initiative submitted for the competition, the Competition Chapter (Jury), whose first honorary chairman was Jan Nowak-Jeziorański†, took into account the social importance of the initiative, its innovativeness, its impact on development and competitiveness of local communities, as well as the effectiveness and transparency of using public funds. Additionally, the Chapter took into account the institutional stability of a given organization, its adherence to ethical methods in its actions, and the quality of the cooperation with the public administration and other institutions. Competition winners received financial awards that most often were used for continuation of their activities.

In 2007 the Bolesław Wierzbiański Award for the editorial staff of local press was established and PAFF took on the role of sponsor. Until 2011, the Award was granted by the Polish Journalists Association. At present, it is awarded by the Local Press Association. The 2020 Bolesław Wierzbiański Award went to the editorial staff of “Gazeta Powiatowa – Wiadomości Oławskie (The Oława County News)”.

As part of the program, the Foundation also supports the Civic Congress organized annually by the Institute for Market Economics. Former Congress editions were attended by winners of the Pro Publico Bono Competition. This event, held since 2005, is a unique method for engaging citizens in a discussion about the directions of Poland’s development, the condition of the society, and the common good. This way it helps stimulate and reinforce the civil society. The Congress is an open event which each time attracts nearly a thousand participants, including representatives of central and local administration, non-governmental organizations, scientific groups, business, student organizations, and local communities. Apart from the issues directly related to the theme of a given Congress, the discussion approaches questions concerning the development of local government in Poland. Additionally, the Congress offers an opportunity to present PAFF’s experience in stimulating and supporting local communities.

The 15th Civic Congress, organized in 2020 under the motto “What Should Poland be Like in the Face of Future Challenges?”, was held online due to pandemic restrictions. It was attended by 1,100 participants. A new feature in the Congress offer are interactive newsletters (“thinkletters”) entitled “Ideas for Poland”, which create a space for discussion about important topics concerning Poland’s national and regional development.