Between Research And the School Community
Two days, four plenary lectures, 80 participants representing the biggest academic centers ...
PROJECTOR - STUDENT VOLUNTEERS
The idea behind this program is to tap into the intellectual potential and energy of university students in order to promote active people and equal educational opportunities for children and youth from small localities. This is achieved by having groups of student-volunteers carry out educational projects at schools and other institutions.
>
PROGRAM MANAGER:

10 years of the „Seniors in Action” competition
The 10th round of the „Seniors in Action” competition is pending. The competition, with its ...
SUPPORT FOR NGOS
An information and support system for Polish NGOs and civic initiatives. It includes the Non-Governmental Organizations’ Portal ngo.pl, the free Infoline 801 646 719, a database of organizations and institutions and the Third Sector quarterly. The program also offers training, counseling and publications on NGO management (“FIMANGO”, “PROMENGO” and Kursodrom.pl platform). Furthermore, it supports non-governmental organizations with information and advocacy efforts designed to help them effectively ...
>
PROGRAM MANAGER:

Leader activities start up! The reunion at Falenty
Between September 20-24, PAFF Leaders and their tutors met at the reunion on “leader’s self-awareness” ...
PRO PUBLICO BONO
The Pro Publico Bono Competition for the Best Civic Initiative was launched in 1999 by, then, Prime Minister Jerzy Buzek. Since 2000, the Polish-American Freedom Foundation funded the competition awards. Under the program, the Foundation presently supports the Bolesław Wierzbiański Award for local newspapers, training sessions for local media journalists as part of the “Media Forum. Local Development” project, and the annual Civic Congress held in Warsaw.
>
PROGRAM MANAGER: 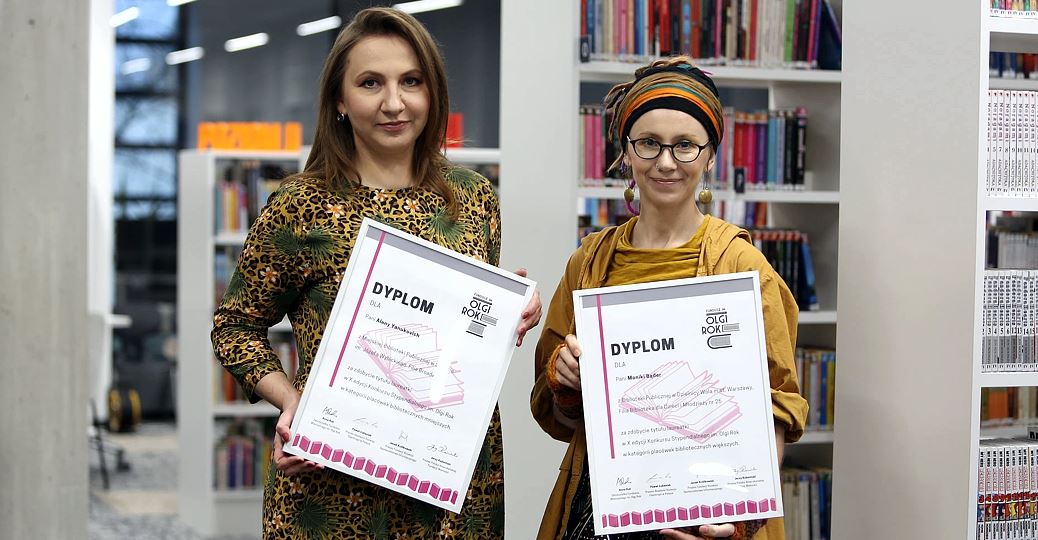 The “Relief Fund for NGOs” – results of the grant competition
Under the “Relief Fund for NGOs and Civic Initiatives” Program, 46 NGOs received grants in ...
LANE KIRKLAND SCHOLARSHIP PROGRAM
A scholarship program for young leaders from Eastern Europe as well as the South Caucasus and Central Asia. Through the two-semester post-graduate studies at Polish universities and professional internships, they have an opportunity to learn about Poland’s transformation experience and integration with the European Union. The offer includes also one-semester courses for academics.
>
PROGRAM MANAGER: 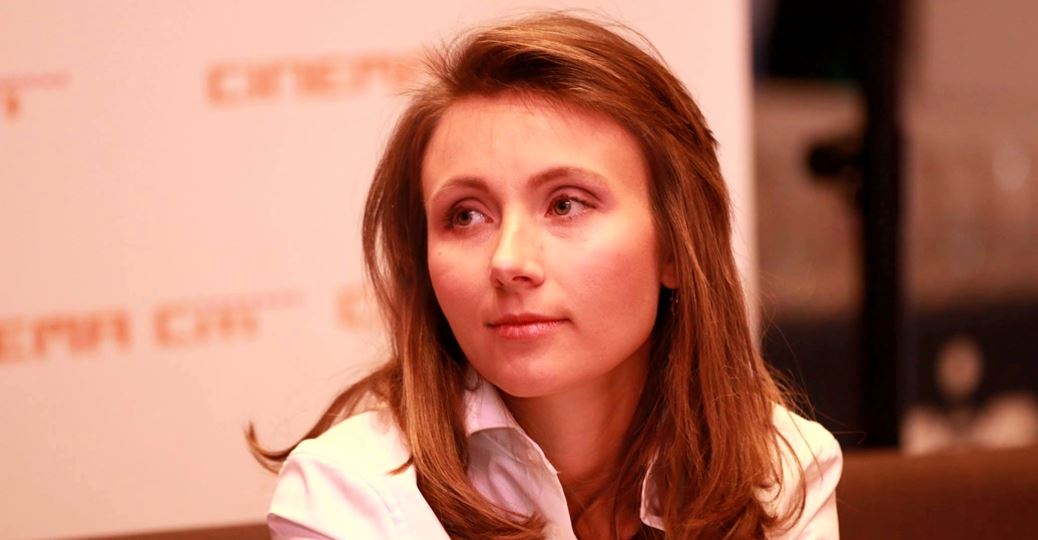 A Kirklander's movie contending for Oscar for Ukraine!
Maryna Er Gorbach’s production "Klondike" is the 15th movie contending for Oscar for Ukraine.
REGION IN TRANSITION (RITA)
The program supports initiatives of Polish non-governmental organizations, aimed at sharing Poland’s experience in various aspects of transformation, which are implemented in cooperation with partners in Eastern Europe, the South Caucasus and Central Asia. The program offers grants, training opportunities and experts’ support, as well as assistance in establishing cooperation with foreign partners.
>
PROGRAM MANAGER:

“Support for Ukraine” – a fast RITA grant path
The Polish-American Freedom Foundation and the Education for Democracy Foundation invite Polish ...
STUDY TOURS TO POLAND (STP)
The study tours to Poland, implemented since 2004, are to show the realities of Poland and the European Union to active citizens of East European, South Caucasus and Central Asia countries. Their participants are student leaders from Ukraine, Belarus and Moldova and professionals from countries of the Region. During their visit to Poland, the foreign visitors meet representatives of public life, academic and business circles, they learn about NGOs’ activities as well as operation of central institutions ...
>
PROGRAM MANAGER: 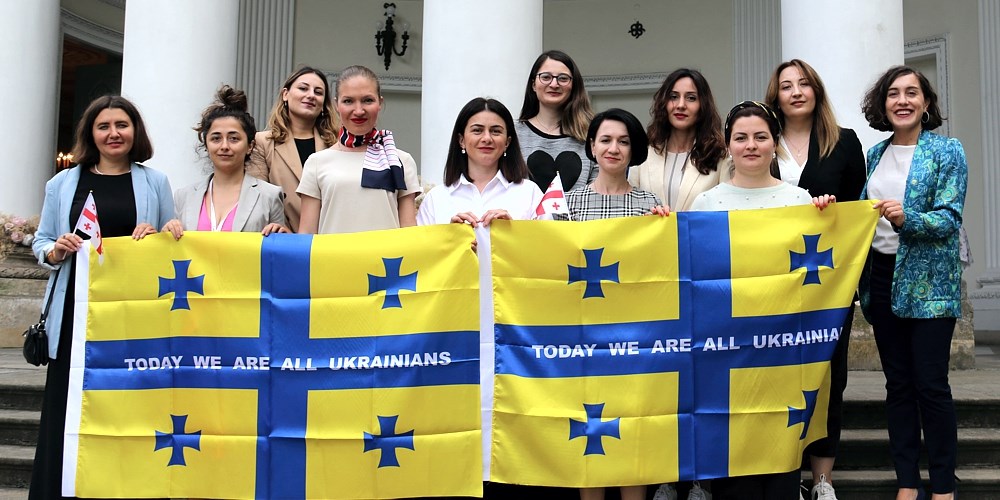 10th round of WEASA is over
The 10th  jubilee round of Warsaw Euro-Atlantic Summer Academy (WEASA) took place from 11 to ...
SUPPORT FOR UKRAINE
A special program launched by the Polish-American Freedom Foundation in response to the war in Ukraine is addressed to Polish NGOs helping the civilian population in Ukraine as well as war refugees coming to Poland.
>
PROGRAM MANAGER:

Over PLN 1.6 million for intervention projects
Under “Support for Ukraine”, the new program of the Polish-American Freedom Foundation, 59 ...
>
<
>
STUDY TOURS TO POLAND (STP)
Inauguration of the 6th round of Warsaw Euro-Atlantic Summer Academy
Share: 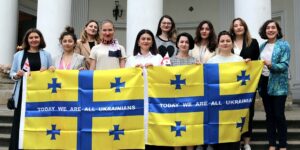 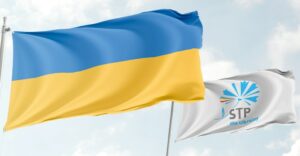 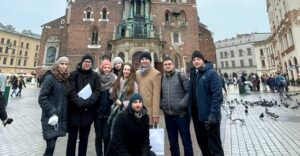 WEASA alumni on a study tour to Poland
>

The Academy was opened by Ewa Ośniecka-Tamecka, Vice-Rector of the College of Europe Natolin, who spoke in the name of organizers. Next the participants listened to Decoding Cyberspace lecture given by Dr. Joanna Świątkowska from Kosciuszko Institute. The lecture was on cyberspace as a strategic challenge for societies and governments and was an introduction to the this year’s leading subject of WEASA.

The event is attended by over 50 experts, analysts, political and government advisors, NGO representatives, civil servants and journalists who came from 12 countries in the Region, mostly Eastern Partnership countries.

The offer of two-week Academy includes the issues of political transformation, European integration, and transatlantic relations. The classes are held in form of lectures, workshops, and meetings with practitioners from Poland and other countries.

The hitherto 6 editions of WEASA (2013-2018) were participated by a total of 273 people from the Eastern Partnership countries and Western Balkan countries, including: 29 students form Armenia, 21 from Azerbaijan, 28 from Belarus, 50 from Georgia, 32 from Moldova, and 84 from Ukraine.

Warsaw Euro-Atlantic Summer Academy (WEASA) is a joint initiative of PAFF, the German Marshall Fund of the United States (GMF) and Natolin European Center Foundation. The partner of this year’s round is the Polish-American Fulbright Commission. 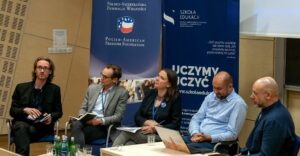 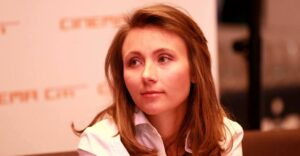 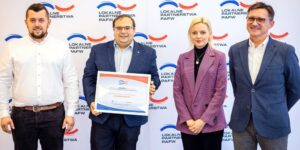 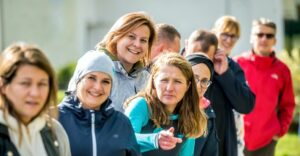 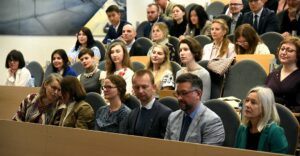 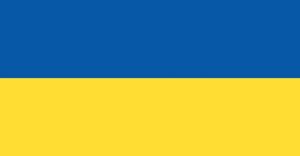